On Saturday, March 15th, a new world record was set for the most girls skating together at a single session.  With 150 girls riding at the GRO x HOV All Chicks Skate Jam, last year’s record of 120 was sent to the history books and a glimpse of the future was clear as day.

Girls of all ages, abilities, backgrounds and experience came together at House of Vans in Brooklyn, New York.  Girls traveled from all over the East coast, the West coast and as far as Canada.

“That was very inspiring to see that many girls skating in one spot in NY, I remember when I started skating in the 80’s there was only 3 girls in the whole 5boros.” – Alex Corporan 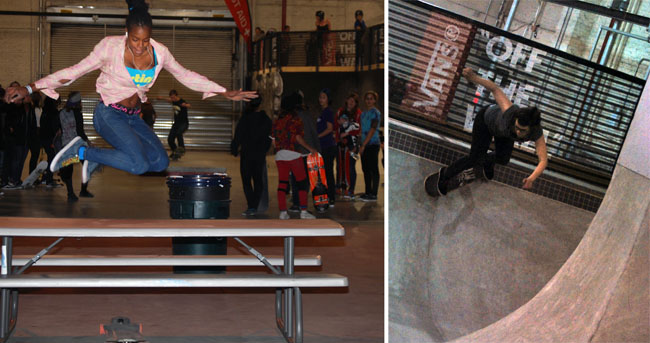 Many of the girls were still in the beginning of their skateboard journey.  Some girls got on the board for the first time.  Many already knew how to ride the board, but had not felt comfortable taking it to the next level until this night.  There was positive energy, support, and girls teaching one another the entire session.  The common notion that girls put together will fight, judge and be negative to each other held no truth.

“One of my big goals for this year was to learn how to ride a bowl. I’ve gotten in a few bowls and cruised around, but never had the courage to drop in. At the GRO x HOV event, I talked to some of the ladies there and mentioned that I really wanted to try it but was nervous. They were so supportive and helpful, telling me I could do it. Finally I went for it and it was so much fun! I didn’t crash or bail. I did it! I dropped in about ten times and left that night in the best mood.

Progressing can be scary at first, but when you get over that fear-hump and do it, it’s one of the best feelings of accomplishment ever. My advice to anyone new at skating – be humble and ask for help – more experienced skaters love to help out and love to see others advance. It’s one of the most supportive environments I’ve ever been a part of.” 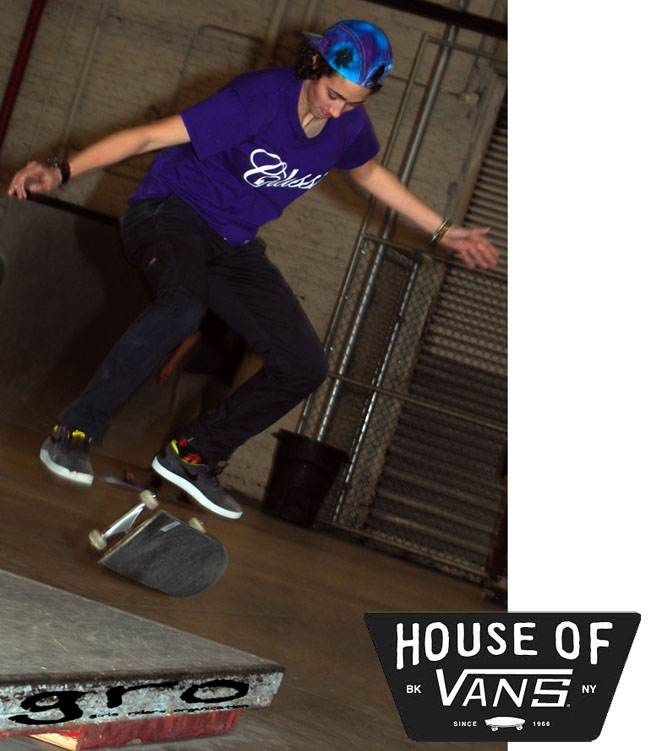 There were lots of advanced and more experienced riders there, competing in the contests, shooting photos and being a real inspiration to everyone.

Jen Soto (Pictured above) took first place in the Game of SKATE.

Jen also won the Street Best Trick Contest on the manny pad and ledge with her kick flip nose manny.  Celina Meehan took second landing both a front side nosegrind and backside nosegrind on the high ledge.

For the bowl contest, Anna May Dutton claimed first place, with Stephanie Murdock and Sara Mulligan rounding out the top three.  Cami Best got out her longboard and hippie jumped the table and with grace!  There was action in every corner of the park.

Brittany Campbell brought in new art paying tribute to some of the women who came before us in skateboarding and paved the way. 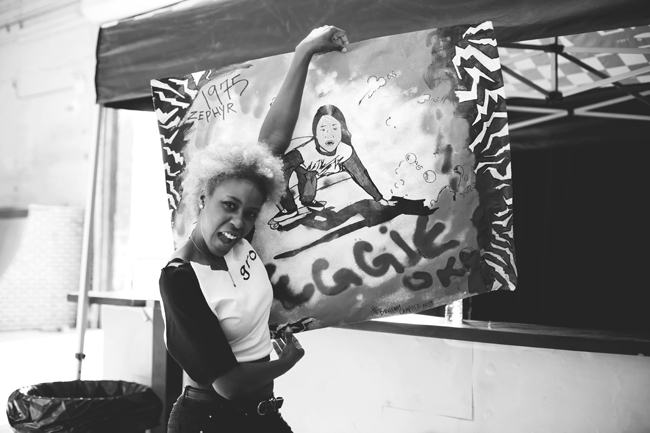 Thank you to all the sponsors that helped make this event possible include, Vans, House of Vans, Stance Socks, The Blonde Locks, Bones Wheels, Vision Street Wear, Rockstar Bearings and sPACYcLOUd.

Thank you to all of the volunteers that contributed time to make the experience so wonderful.  From the photographers and filmers capturing the magic, to the girls helping teach and working the tables, it could not have happened with out you.  An even bigger thanks to the moms that were a blessing and amazing beyond words!

There is no way that words could capture all that happened at the GRO x HOV All Chicks Skate Jam.  There was magic, interactions, action and more happening everywhere for the entire six hours.  Each area, each conversation, each group of girls could tell a hundred stories of their own.  All together it adds up to one unforgettable night.

Anyone who still doubts the growth of girls skateboarding, needs to take a moment, look around and reconsider. Â

It’s only going to get bigger! 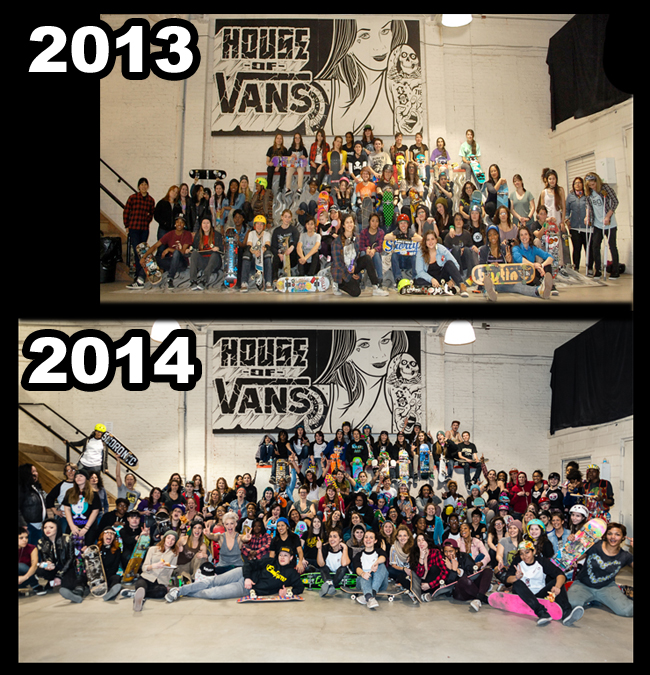